PHARMA: AN INDUSTRY THAT PUTS PROFITS BEFORE PATIENTS?

The pharmaceutical industry is one of the largest moneymakers in the world, with more than a trillion dollars in profits every year. It’s an industry that heavily influences our healthcare system, yet, it only profits when people are sick. Many people don’t realize that there’s no money made off healthy people.

Here are ten things you should know:

1. The fourth-leading cause of death in the US is taking prescription pills as directed. About 128,000 people die from drugs prescribed to them in the US per year. The European Commission estimates that adverse reactions from prescription drugs cause 200,000 deaths; so together, about 328,000 patients in the U.S. and Europe die from prescription drugs each year. The FDA does not acknowledge these facts and instead gathers a small fraction of the cases.
Click here for the full Harvard University report.

2. The pharmaceutical group GlaxoSmithKline has been fined $3bn (£1.9bn) after admitting to bribing doctors and encouraging the prescription of unsuitable antidepressants to children.
Click here for the full Guardian article.

4. Top medical journal editors state that most medical journals are now so heavily influenced by the pharmaceutical industry that almost HALF of all scientific studies are biased.
Click here for the full article by current Editor-In-Chief of The Lancet, Dr. Richard Horton.

6. Members of the CDC and FDA responsible for licensing and recommending vaccines are permitted to have financial stakes in those vaccines: The CDC grants conflict of interest waivers to every member of their advisory committee a year at a time, and allows full participation in the discussions leading up to a vote by every member.
Click here for the full U.S. Government report.

8. 40% of scientists admit that fraud is always or often a factor that contributes to irreproducible research. More than 70% of researchers have tried and failed to reproduce another scientist’s experiments, and more than half have failed to reproduce their own experiments.
Click here for the full International Journal of Weekly Science report.

9. The US government has been suing Merck for several years in an ongoing private case that alleges that Merck attempted to: “Defraud the United States through an ongoing scheme to sell the government a mumps vaccine that is mislabeled, misbranded, adulterated, and falsely certified as having an efficacy rate that is significantly higher than it actually is.”
Click here for the full Wall Street Journal article.

10. The pharmaceutical industry spends more money marketing it’s products — and creating customers — than on research and development. “Prescription drugs are a massive market: Americans spent $329.2 billion on prescription drugs in 2013. That works out to about $1,000 per person. Drug companies spent more than $3 billion a year marketing to consumers in the U.S. in 2012, but an estimated $24 billion marketing directly to health care professionals.” These figures trump the amount spent on research and development for 9 out of the top 10 pharmaceutical companies.
Click here for the full Washington Post article. 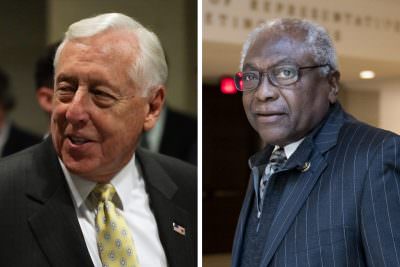 U.K. DOCTOR ADMITS FLU SHOTS ARE ALL ABOUT THE MONEY…IN A TEXT MESSAGE TO A PATIENT! 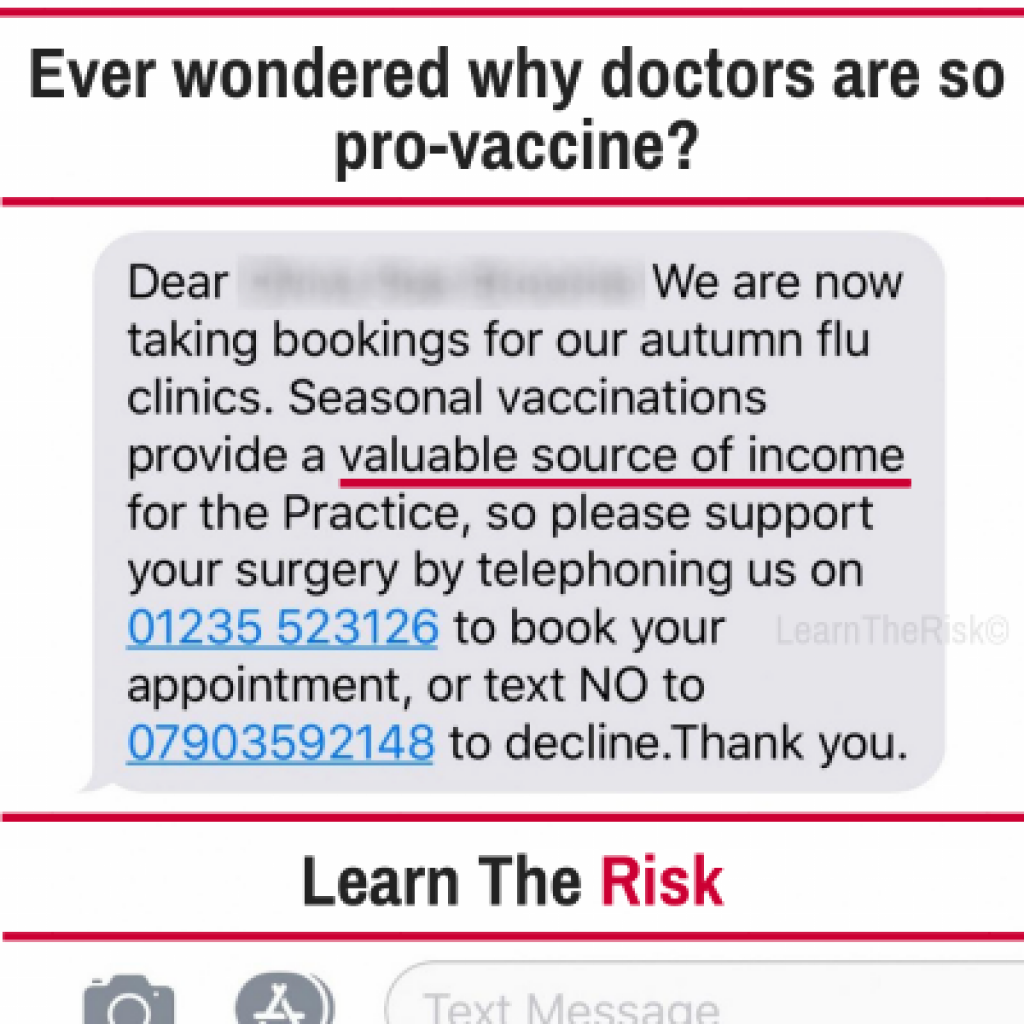 Come Join Us at the Prescott Wellness Expo!

March 16, 2022 / Tina / News / No Comments
Learn The Risk will be meeting and greeting all weekend at the Hilton Garden Inn in downtown Prescott, April 1st through the 3rd. Come to here a special talk from our co-founder and President, Tina “I” on Saturday April 2nd at 12:30pm. At our booth, you will find discounted shirts,
Read More 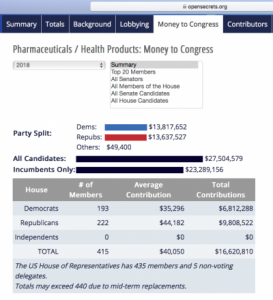 March 27, 2019 / Tina / News, Pharma / 1 Comment
After years of an increasingly close relationship between the FDA and the pharmaceutical industry, an insider is finally speaking out. Dr. Raeford Brown, a pediatric anesthesiologist at the University of Kentucky Children’s Hospital and chair of the Food and Drug Administration (FDA) Committee on Analgesics and Anesthetics, has been openly critical
Read More
Manage Cookie Consent
To provide the best experiences, we use technologies like cookies to store and/or access device information. Consenting to these technologies will allow us to process data such as browsing behavior or unique IDs on this site. Not consenting or withdrawing consent, may adversely affect certain features and functions.
Manage options Manage services Manage vendors Read more about these purposes
View preferences
{title} {title} {title}