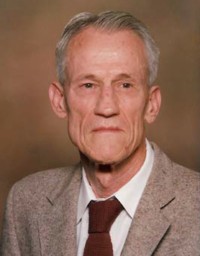 Articles:
[2011 Oct] Do Childhood Vaccines Cause Subdural (Brain) Hemorrhages, Currently Diagnosed as Shaken Baby Syndrome, and Other Health Anomalies? by Harold E Buttram, MD and Catherine J Frompovich It’s estimated that half of infant deaths is attributed to child abuse classified as Shaken Baby Syndrome/Non-Accidental Trauma, for which parents are legally prosecuted……subdural hemorrhages can result from brain inflammation due to vaccine adverse events along with other diseases connected with vaccinations.…..Gardner noted that there was a distinct age difference between nontraumatic brain hemorrhages in Japan and in America, where most nontraumatic brain hemorrhages tend to occur during the first six months of life. The clear explanation, according to Dr. Gardner, [29] was that Japanese do not begin their vaccines until seven months, whereas in the United States they are administered during the first six months, starting within 24 hours of birth with the Hepatitis B vaccine.……. vaccines can and do cause a significant percentage of subdural brain hemorrhages which, tragically, are being falsely and unjustly misdiagnosed as inflicted abuse by parent or caretaker.

[2010 Nov] Vaccine Safety Issues: Is the FDA Performing Its Obligated Role of Assuring the Reasonable Safety of Vaccines? by Harold E Buttram, MD

[2008] Harold E. Buttram, MD.  Current childhood vaccine programs: An overview with emphasis on the Measles-Mumps-Rubella (MMR) vaccine and of its compromising of the mucosal immune system

An Open Letter in Support of Parents Wishing to Limit or Avoid Immunizations for their Children. (March 2002)

A Rebuttal to the Joint Statement on Shaken Baby Syndrome—Harold E Buttram, M.D.

Measles-Mumps-Rubella (MMR) Vaccine as a Potential Cause of Encephalitis (Brain Inflammation) in Children—–Harold E. Buttram, MD

[2001] Medical Misdiagnoses and Their Consequences by Harold E Buttram, MD

Our Toxic World Who is Looking After Our Children? by Harold E. Buttram, MD & Richard Piccola, MHA http://www.healing.org/Child-TOC.html

Learn The Risk/Council for Vaccine Safety, a 501(c)3 nonprofit, is focused on raising awareness of the real dangers of pharmaceutical products, including vaccines, so people can take back control of their health. Disclaimer: This site is for educational purposes only and does not offer medical advice. All information and suggestions found on this website are meant to educate and empower you to make your own health decisions based on your own research, and in cooperation with your health care team. As always, lifestyle suggestions should be implemented with guidance of licensed health practitioners. Any statements or claims about possible health benefits of foods, supplements or suggestions here have not been evaluated by the FDA. Reliance about information on LearnTheRisk.org is solely at your own risk. Copyright 2018 ALL RIGHTS RESERVED
Contact Us

Questions about vaccines?? Want good resources? Need support?! Send us an email and we'll get back to you.